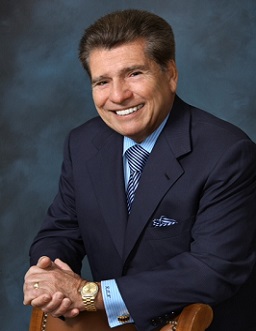 Ronald M. Nocera (Mickey)
Chairman of the Board

Ronald “Mickey” Nocera is an entrepreneur whose business career has spanned over 50 years and has taken him all over the world.
Mr. Nocera is a Certified Public Accountant, who has over thirty-six years of development and financial experience. On December 27, 2012, after 28 years, he sold HMS, his last operating Company. HMS provides products and services including home warranties and professional insurance services in Maryland, Virginia, the District of Columbia, Delaware, West Virginia, Illinois and Florida. Under his leadership, HMS Tri-Region became the dominant provider of home warranties. Mr. Nocera believes it has been a combination of local ownership and staffing, along with a strong market focus that created his Region’s unparalleled success.

From 1965 to 1980 he was the owner of a conglomerate of Washington based companies which included the John A. Quinn Company, Inc., Rockville Electric Supply, Northwest Sheet Metal, and Aviation Enterprises. Through another of Mr. Nocera’s companies, Capital Financial Group, he formed numerous joint venture building and financial syndicates. In 1991, Mr. Nocera created Chadwick International; an independent company focused on providing housing to overseas markets. In 1994, Chadwick International was recognized as the leading housing exporter in the nation. Most recently, Mr. Nocera founded EMCO Energy, Inc. that serves as both an operator and investor in oil and gas exploration.

Throughout his career, the business opportunities were varied and profitable. Along with overseeing and managing the day-to-day operations of these companies, he attributes the high points of his life to the support of his family, his wife of nearly 50 years, his two children, their spouses and his five grandchildren. He believes God has directed his path to work with at risk children for the last 30 years. In 1980, he was a Trustee with Youth for Tomorrow, based in Gainesville, Virginia, and served for 10 years. In 1985, he joined the Board of Directors for Mother Dear’s Community Center in Washington D.C. He served on the board for 20 years with this organization, whose mission is to feed the inner city poor. In 2002, he joined the board of Directors for Place of Hope, and in 2003 served as Vice President. In 2004, he began his tenure as Chairman of the Board. During his tenure, he has witnessed the transformation of young people who have been abused and neglected and has seen kids who never thought they were loved, feel loved, and give love back. Currently, he continues to dedicate his time and energy to his family and his work with children.