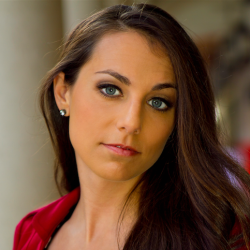 Date: August 17
Location: Place of Hope Paxson Campus – Barsanti Ballroom
Topic: Social Media
Speaker: Mary Anna Mancuso
Bio: Mary Anna Mancuso is the CEO of Mav3n Digital, a turn-key solution for social media management. Mancuso has worked in the social media space for nearly a decade and has helped businesses, brands, and candidates stay on top of the newsfeed. Most notable, Mancuso worked on Lindsey Graham’s presidential campaign as a social media strategist. During the 2014 election cycle, Mancuso was the Digital Director for Florida Chief Financial Officer Jeff Atwater’s reelection campaign. In 2012, Mancuso served as Deputy Communications Director for Congressman Connie Mack’s U.S. Senate campaign in Florida; where she was in charge of the campaign’s social media efforts. Mancuso has a strong background in communications and social media. She has worked at the New York Bureau of Fox News and NBC-Universal. In 2009 Mancuso worked as the Deputy Communications Director for the Republican party of Virginia where she launched their digital platform for the state party. Recently featured here.

$20 per event (purchase tickets below)
7:30 AM breakfast and networking
8:00 AM keynote speaker presentation
8:45 AM end of event