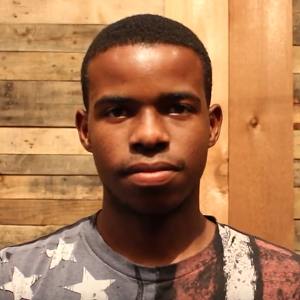 Josh would describe himself as talkative, curious about the world around him, and an avid sports fan. His future is bright and promising but it hasn’t always been that way. Josh grew up in an extremely abusive home. His younger sisters received the brunt of the abuse and confided in Josh. In a desperate attempt to rescue his sisters from harm, Josh sought outside help from a family member who called the authorities. He and his two sisters were removed from their home and brought to live at Place of Hope. He recalls being amazed that he and his sisters were able to stay together in a place where they were loved and cared for by complete strangers. At 17, he was nearly an “adult” and had a difficult time adjusting to the new structured environment until his cottage “Dad” reached out and connected with him. Never before had he experienced such love and acceptance from an adult. During his time at Place of Hope, Josh was mentored by a few older gentlemen who made a lasting impact on his life. As a result of their influence on him, Josh currently works with the youth at his church as a way of giving back. Josh says, “Without Place of Hope, I’d be dead or in jail.” He is a special young man full of ambition and a passion for mentoring youth; he aspires to become police officer to help and protect those in need. Watch his Story of Hope here.