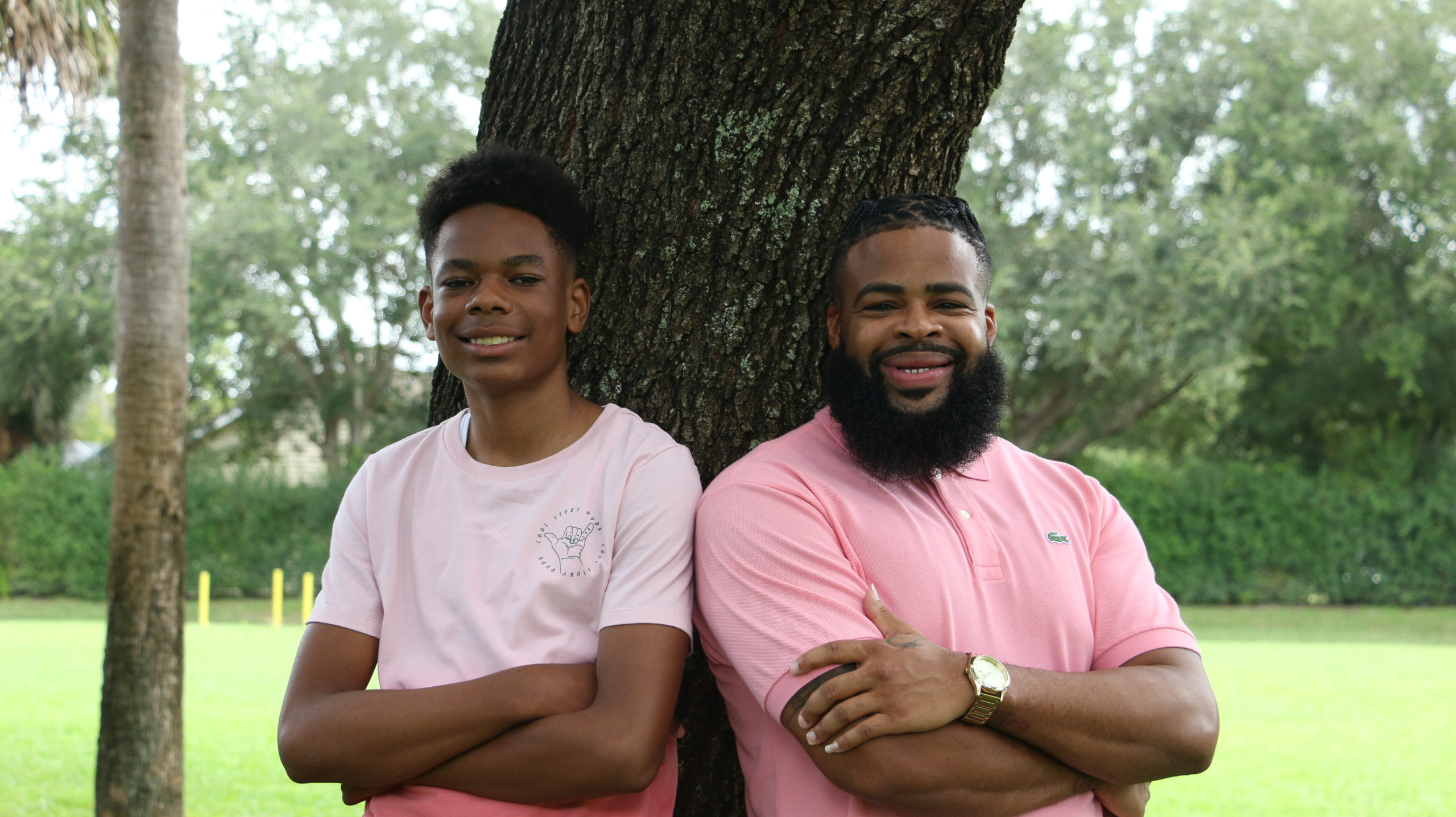 Marc and Dequan’s story began in 2016 when Dequan came into our care at age 13 after traumatic events happened at home. Reserved and quiet, Dequan did not know what to expect or who he could trust. Then he met Marc, a Case Coordinator at Place of Hope, and the two began to bond. Dequan learned he could trust Marc; he opened up to him and began inviting Marc to his school events.

Marc knew he wanted to be in Dequan’s life but didn’t know what that would look like in the future. Plans changed when Dequan was approved to be placed with relatives. Several months passed and Dequan faced disappointment when circumstances forced him to return to foster care. Marc learned Dequan would be coming back and he knew he had to take action to provide him with the stable and loving forever home he needed. He became Dequan’s foster parent and then made the decision to move forward with adopting him as his son.

Now, as Marc’s son, Dequan is able to be a kid again! He loves family vacations, sports games and creating long lasting memories with his friends. The security and stability of a loving environment gave him the opportunity to excel in school and participate in team sports. Dequan looks forward to going to school; he sets goals for himself and aspires to play professional football in the future.