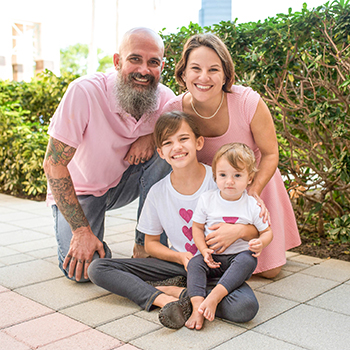 Last Fall Travis and Michelle were in the process of adopting the child who was placed with them. Travis felt that they should take a few months “off” from taking in any more children. The holidays were quickly approaching and his work load was increasing, life was going to get very hectic and it was tough to consider adding another member to the family. A few weeks passed and Michelle received a notification that there was a newborn needing a safe home. Michelle went to Travis assuming he would remind her of their “plan.” Instead he said yes! Within hours a preemie little girl was brought into their home. Several months after that they were back in the courtroom, saying yes to another forever family member. Throughout everything it was very clear that God had a plan for their family. Michelle said “Being a foster parent disrupted any plans we had, but it made way for God’s plan. Saying yes to a child may ignite fear, doubt and worry – but it is always opening the way to something bigger than you.” Watch their story of hope here.