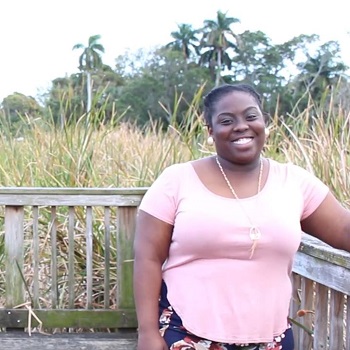 Mary was taken from her parents at the age of four due to violence in the home. She and her three siblings were placed with their grandmother. Shortly after, her grandmother found out she had cancer so Mary and her siblings had to be separated until they could locate a more permanent home for everyone. In Mary’s next foster home, she was reunited with her siblings but the next six years were some of the toughest of her life. She ended up having to take care of her younger brothers, as they were often left to fend for themselves. They were all eventually removed again and brought to Place of Hope because of the physical abuse and neglect they experienced. It took Mary a while to adjust to Place of Hope; “I was so used to taking care of myself,” Mary said. When she was 16, the courts terminated her parents’ rights. Since her brothers were young, she knew that it would be best for them to be adopted. After weighing her options, Mary decided to stay at Place of Hope. It was the closest thing she had ever had to a real home and she did not want to leave the family she had there. In October of 2016, Mary turned 18 and moved to Villages of Hope, where she continues to receive support. After graduation in May, she plans to attend college. Mary’s dream is to use her story to help others and be a bridge between the foster care system and the biological families. Watch her Story of Hope here.